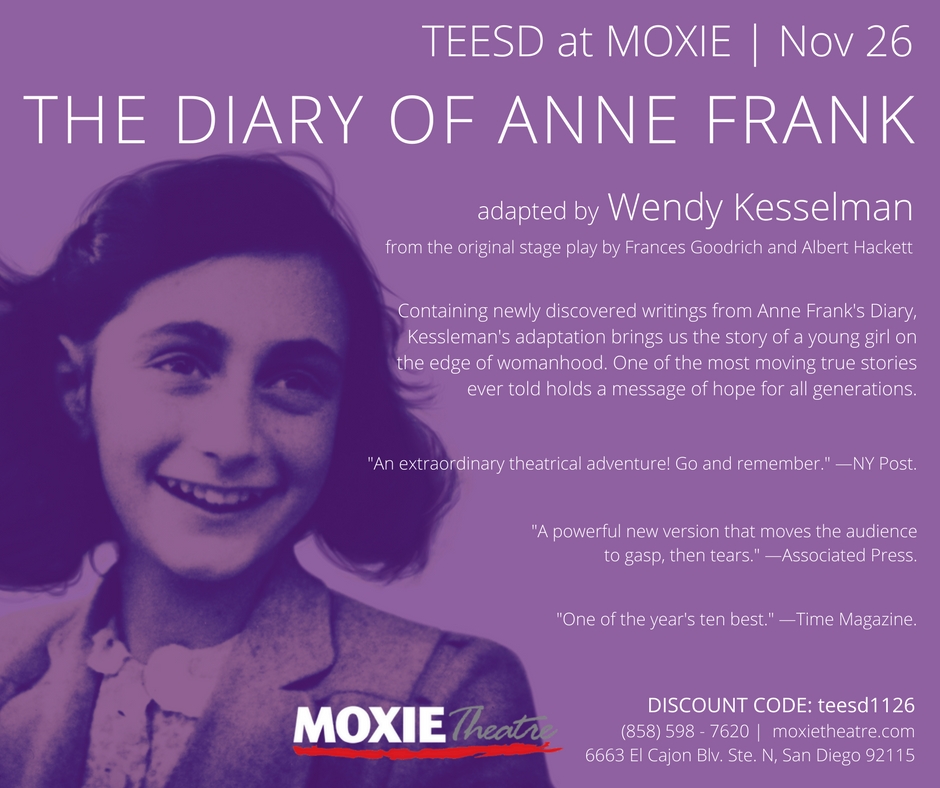 About the Play: Anne Frank emerges from history in this powerful new adaptation as a living and impassioned young girl on the edge of womanhood. Anne confronts the horror of her time with honesty, determination, and hope. One of the most moving true stories ever told, Anne’s diary speaks today as clearly as ever and holds a message for all generations.