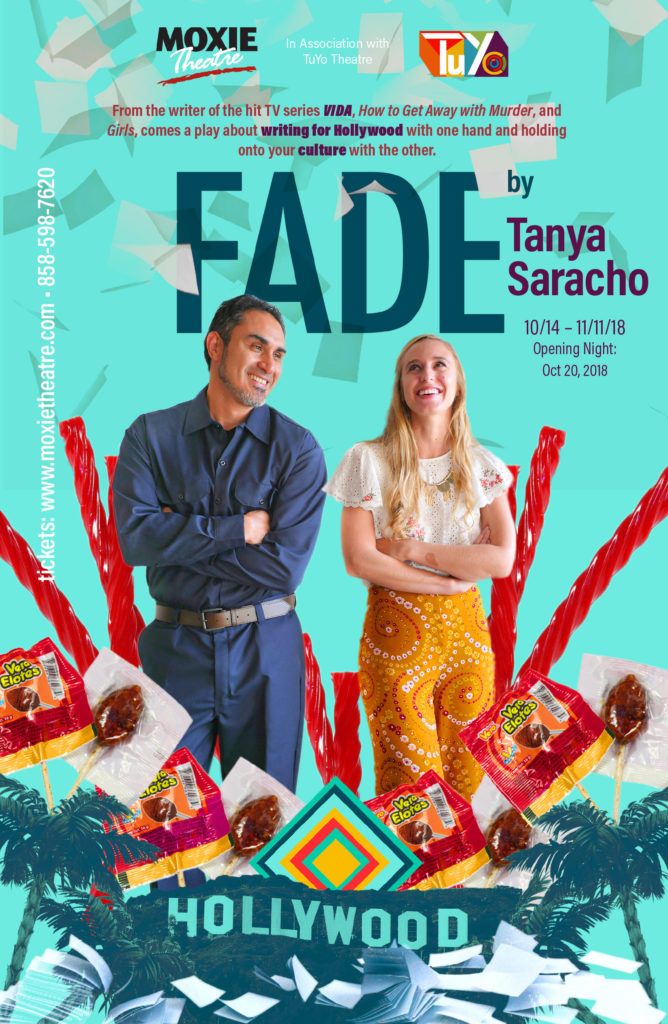 This San Diego Premiere is
produced in Association with TuYo Theatre

From the writer of the hit TV series VIDA, How to Get Away with Murder, and Girls, comes a play about writing for Hollywood with one hand and holding onto your culture with the other.

Meet Lucia: she’s a young first-year TV writer originally from Mexico and recently relocated to L.A. Abel is a janitor and the only other Latino Lucia has seen in the office. They may both be inside the same oppressive system but they don’t handle the pressure the same way. As their friendship grows, his ideas blur with hers which leads to unexpected consequences in this witty comedy about class, integrity, and culture.

Produced in Association with TuYo Theatre 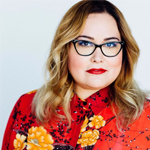 About the Playwright
Tanya Saracho was born in Sinaloa, México. She is a playwright and Television Writer who’s worked on “How To Get Away With Murder,” and HBO’s “Looking,” among other shows. Currently, she serves as the creator and showrunner of the upcoming series “VIDA” on Starz. She is also developing a television series called”Brujas” with Big Beach, which deals with the intersection between Brujería culture and Feminism. Named “Best New Playwright” by Chicago Magazine, Saracho has had plays produced at: Dallas Theatre Center, Victory Gardens Theatre, Theatreworks, Primary Stages and 2nd Stage in NYC, Denver Theatre Center, Oregon Shakespeare Festival, The Goodman Theater, Steppenwolf Theater, Teatro Vista, Teatro Luna, Fountain Theater, Clubbed Thumb, NEXT Theater and 16th Street Theater. Saracho was named one of nine national Latino “Luminarios” by Café magazine and given the first “Revolucionario” Award in Theater by the National Museum of Mexican Art. She is the founder of Teatro Luna (all-Latina Theatre Company) as well as the founder of ALTA (Alliance of Latino Theatre Artists). She is currently under commission with: South Coast RepertoryTheatre and Two River Theatre. 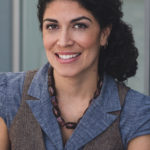 About the Director
Dr. Maria Patrice Amon is a Producer in Residence at San Diego Repertory Theatre. She is the executive producer of Amigos del Rep and launched the Latinx New Play Festival at San Diego Repertory Theatre, and produces a staged reading series, the Amigos del Rep general body, and community engagement events. Maria Patrice has co-directed The Madres at Moxie Theatre, Lydia with Brown Bag Theatre Company, and staged readings with Amgios del Rep and Breath of Fire Latina Theatre Ensemble. Maria Patrice has a PhD in Drama from University of California, Irvine with emphases in Critical Theory and Chicano Studies. Her dissertation is titled “Little Girls and Legal Defendants: Theatricalization and Performances of Innocence in Modern American Culture.” Maria Patrice is a Visiting Assistant Professor at UC Riverside. As a dramaturg Maria Patrice has worked with San Diego Rep, Mo’olelo, and The University of San Diego.  Maria Patrice holds a Juris Doctorate from California Western School of Law.

Sunday, October 28, 2018 @ 2pm – Second Sunday Q & A
Join the actors from Fade for a post-show discussion to learn more about the play and enrich your theatre-going experience.
Buy Tickets Now

*Please note that pricing is subject to change according to availability. Please call the Box Office (858) 598-7620 for specific pricing.

MOXIE Theatre Thanks the Following Sponsors: