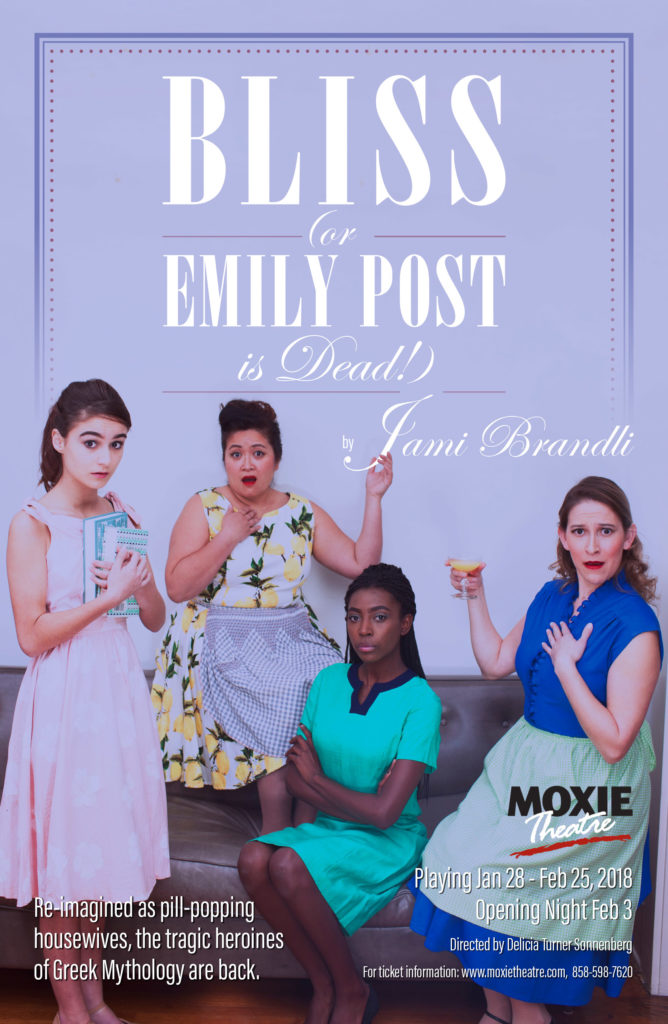 Housewives are dutiful. Husbands are brawny. It’s 1960 and Emily Post’s guide to etiquette is keeping America “great.” But in a delicious turn of events, a stranger materializes who might end life as the citizens of North Orange know it. This audacious Joint World Premiere reimagines the tragic heroines of Greek Mythology as pill-popping housewives in a cautionary tale with deadly consequences. 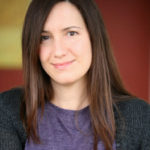 Thursday, Feb. 1, 2018 @ 7pm – Defying the Gods: Challenging the Status Quo in Pursuit of your Truth
Join MOXIE for a post-show discussion with playwright Jamie Brandli and local public speaker, sociologist, and sexpert Dr. Jenn Gunsaullus. Topic for discussion: We have a choice. Will we stay in the cycles set up for us or break free?
Buy Tickets Now

Friday, Feb. 9, 2018 @ 2pm – Ruined with Visions: A Closer Look at Cassandra
Join MOXIE and Dr Starkey, specialist in Classical Greek Theatre at SDSU, as she expands on the character of Cassandra and the conceptions of madness in the ancient world.
Buy Tickets Now

Sunday, Feb. 11, 2018 @ 2pm – Second Sunday Q & A
Join the actors from BLISS (or Emily Post is Dead!) for a post-show discussion to learn more about the play and enrich your theatre going experience.
Buy Tickets Now

Sunday, Feb. 18, 2018 @ 2pm – Looking Back Through a Feminist Lens: Women and Greek Tragedy
Join MOXIE and Dr. Giles-Watson, feminist and specialist in Greek tragedy at USD, as she speaks about the reception and adaptation of the genre with a focus on the female characters.
Buy Tickets Now