MOXIE Theatre Board of Directors 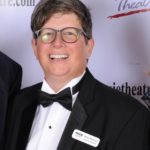 Amy Besnoy’s experience with and enthusiasm for non-profits began when she founded and was president of the Florence Foundation, which raised money to provide enrichment programs to the students of the Florence Learning Community in San Diego. She was a board member for the Recreational Music Center, which provides multi-generational music education in Liberty Station. Amy is adept at putting her vast networks of people in contact with one another and making things happen. 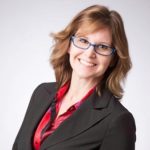 As a dedicated feminist with a life-long appreciation of the arts, Shannon is thrilled to join the Moxie Board of Directors. She graduated with degrees in theatre and art history from Scripps College (a women’s college), and then spent the next several years pursuing acting, and then theatrical production, in New York City. She is now a litigator and trial attorney, a shareholder at Sullivan Hill,with substantial experience litigating complex commercial and business disputes, including for non-profit Boards.  She teaches trial skills to other lawyers, and actively works within her male-dominated profession to recognize, support and promote women leaders.

Shannon is a native San Diegan, and a single mom by choice to a darling young daughter. When not at the theatre, she tries to spend as much time as possible in our beautiful National Parks. 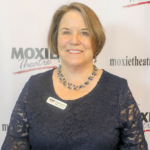 Gingy has been involved with theater for much of her life—in school behind the scenes and in front, but since then mostly as an audience member. She feels very honored to be a board member of such an outstanding and vibrant company and would like more and more people to know about the theater work being done here as well as the work with San Diego school children. She is mostly retired from a life of varied careers from advertising and sales to database consulting. When not working with Moxie or going to theater, she enjoys traveling, reading and sharing fun times with her family! 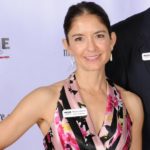 Mayra Garcia has served has on multiple Boards including educational institutions, local and state legal associations, and nonprofit organizations. She holds a Juris Doctor from Boston University School of Law, has worked as an Assistant Federal Defender and Deputy Public Defender in San Diego, and currently runs her own practice as a criminal defense attorney. She is passionate about fighting for individual rights through her professional work as well as supporting and promoting women, previously as the Board President of Mount Holyoke College Club of San Diego, the first women’s college in America, and presently as the Board Secretary of the MOXIE Board of Directors. 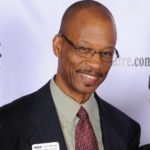 John has a background in wildlife biology and federal law enforcement. He has been a fan of MOXIE since 2007 and has served MOXIE as an assistant stage manager, actor, and board of trustees president. When not assisting MOXIE towards greatness, John works as a videographer/filmmaker, musician, book author, and president of the Nepal Tiger Project. canislupusproductions.com 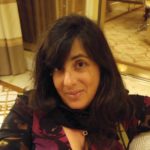 Vivienne is currently the Deputy Director of the Museum of Photographic Arts in Balboa Park. She comes with a lifetime of experience in activism, management and passion to help others.  She is the Treasurer for Alliance San Diego, was the Treasurer of MOXIE Theater Company from 2013 to 2016 and has served on numerous boards both nationally and regionally including the National Organization for Women (Boston) and the National Coalition for Sexual Freedom. She has a BA in Finance, an MBA in non profit management and the heart of a Bostonian. Vivienne has been a card carrying feminist since birth and swore an allegiance to the non profit sector at the age of 15, before she was too old to know better. 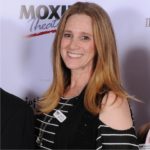 Jamie has extensive experience at City Hall and with local political campaigns. Her current role is that of Chief of Staff to Councilmember Barbara Bry,  1st Council District.  Prior to that, she was Chief of staff to Councilmember Todd Gloria (he currently serves in the State Assembly).  During his tenure at the City of San Diego, Mr. Gloria served in both the interim mayor and Council President capacities. Jamie’s policy interests include public safety, education, labor, the arts community, and tourism. In addition to her work in government, she was a Lecturer for the Department of Rhetoric and Writing Studies at San Diego State University for over 10 years. Jamie was raised in Los Angeles, and came to San Diego to obtain bachelor’s degrees in consumer sciences and English, and a master’s degree in Comparative Literature. Outside of work, she can be found spending time with her family, and performing improvisational comedy. Jamie is responsible for the overall management of Councilmember Bry’s staff and the communities she represents in District 1. Her issue specialties are related to the Police Department, the City Attorney, Boards and Commissions, and overseeing the internal budget. 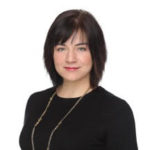 Rebecca Rothenberg has a longstanding commitment to women’s empowerment and the arts, previously serving in the Junior League of Brooklyn and as a Board Member for New Orleans Video Access Center, a non-profit focused on independent film and documentary film production. She is an urban planner by trade, and lived in New Orleans for seven years to help rebuild after Hurricane Katrina. She currently owns and operates Atria Planning LLC, a consulting firm specializing in housing and community development. She received her Master’s in Urban and Regional Planning from the University of Pennsylvania and her B.A. in History and Art History from the University of Minnesota. In her free time, she enjoys live music, art, hiking, cooking and swimming.